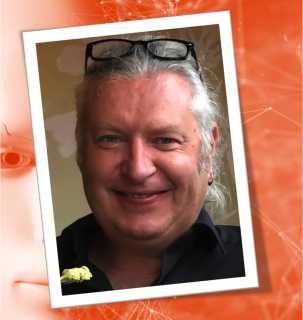 Religion and the Digital Future

Meet professor Bart Barendregt who is professor (by special appointment) in the anthropology of Digital Diversity and Scientific Director of the Leiden Institute of Cultural Anthropology and Sociology (CADS). Furthermore, he is currently the Principal Investigator of the NWO-VICI project “One Among Zeroes |0100| Towards an Anthropology of Everyday AI in Islam (2021-2025).”, which looks at the everyday use of Artificial Intelligence (AI) within Islam in Southeast Asia from an anthropological point of view.

Prof. Barendregt studied Cultural Anthropology and Development Sociology at Leiden University driven by the motivation to make the world a better and fairer place. His mother worked for a charity organisation focusing on Javanese orphanages, which sparked an interest in Indonesia and South-East Asia from a young age. After a visit to the country he decided to focus on Indonesia and Southeast Asia during his studies and in his current work and research. For his PhD project on landscape anthropology, he lived in Sumatra for a period of time, where he got intrigued by the role and use of new emergent technologies, modern developments and the Internet in the region and the ethical dilemmas that the use of mobile phones, for example, created in the Islamic world.

Little is known about the relationship between religion and the digital future, besides that, research into modern developments and AI is mostly done from a secular Western perspective, which is why Prof. Barendregt is conducting research focusing on artificial intelligence in Muslim Southeast Asia that distances itself from the ‘Western’ perspective. Prof. Barendregt leads a team of scientists and PhD students in the NWO research project 'One between the Zeros, an Anthropology of Artificial Intelligence in Islam' and investigates the everyday use of AI within Islam from an anthropological perspective especially the ethical and religious dilemmas this may result in. What does AI do to people’s views of humankind’s role on this planet, submission to an almighty creator and afterlife and how do people combine AI’s technological potential with everyday devout practices? It examines how diverse groups within Southeast Asian Islam deal with these modern developments and how they envisage future by thinking with and through technology. In addition, this research shows that Muslims continue to shape everyday religious practice beyond classical texts and traditions, and gets rid of the stigma that technology and religion are not compatible.

As a result of this research Prof. Barendregt eventually wants to publish a graphic novel in which the (ethical) dilemmas of AI in relation to Islam are accessibly portrayed. With this, he wants to make his research results comprehensible to a broader audience. Today, everyone, also people outside the industry or academic world, is influenced by AI and he is convinced that everyone should be able to partake in the discussions surrounding new AI technologies. In this radio interview, Prof. Barendregt talks about his research project (in Dutch).