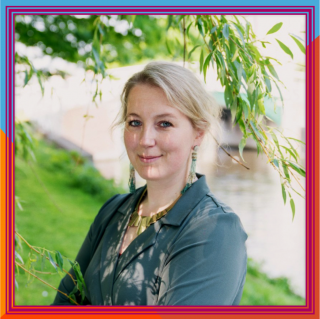 The Power of Empathy

Meet professor Maartje van der Woude, professor of Law and Society at Leiden University, who holds a chair at the Van Vollenhoven Institute for Law, Governance and Society. She just finished her research project ‘Getting to the Core of Crimmigration’ on the politics and dialectics of terrorism/crime control, immigration control and border control in the European Union and the growing merger of all three.

Motivated by a strong sense of justice, prof. Van der Woude decided to study Dutch Law, hoping to contribute to a more ‘just’ society: a society, socially and economically secure. During her master's phase in criminal law, she noticed that she was interested in who actually determines what is just and why we criminalise certain behaviour. To find answers to these questions she decided to study criminology as well, which contained many insights from other disciplines and gave answers to questions of the nature, impact and effects of crime and punishment.

Prof. Van der Woude obtained her PhD by conducting research on Dutch terrorism legislation. She believes it is important to critically examine the actions and legislation of the government in the field of criminal justice and national security and to see on what considerations and rationales these legislations are based. Her most recent research project Getting to the Core of Crimmigration, is driven by this motivation. She looks at the concept of ‘crimmigration’, the equating of migration and crime in European law, policies and politics. More (irregular) migration is assumed to lead to more crime, despite reality being quite different. However, it is a highly politicised theme and, among other things, due to media formation, this remains a widely accepted assumption which continues to exist and takes an important place in the campaigns of political leaders.

Looking at ways to break through this assumption, prof. Van der Woude finds it necessary to raise awareness and make people think in a different way about these kinds of difficult themes. She does this by teaching diverse groups about themes related to her research such as policy makers, people who implement the policy – e.g. police officers and border patrol agents - and the general public. Only by educating these different groups it is possible to create an awareness shift that could, eventually, lead to less politised and symbolic laws and policies. During her work as a professor at Leiden University, Maartje van der Woude also enjoys making students think about new things and think in a different way. The exchange that arises from this, gives her energy and inspires her for her own research.

What can be seen in her research is that empathy is an important topic for prof. Van der Woude, which is why she has organised a Living Library for Leiden 2022 in which people get the opportunity to talk to other people with a special story that is linked to a certain stereotype. Through dialogue, empathy is created which has an effect on people's way of thinking and actions. Although this is a rather small project, prof. Van der Woude believes in the positive ripple effects of exchanging perspectives and creating empathy for one another.

In the near future, Maartje van der Woude will work on a new research project that examines the concept of social resilience, communities at risk and the interventions by social workers and police officers. Besides that, she is leading the evaluation of Dutch counterterrorism legislation as well as systematic literature study on ethnic profiling.