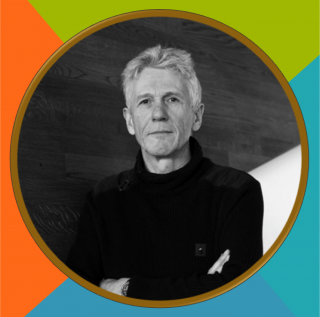 Meet professor Fridus Steijlen, senior researcher at the Royal Netherlands Institute of Southeast Asian and Caribbean Studies (KITLV) and professor ‘Moluccan Migration and Culture in a comparative perspective’ at the Faculty of Social Sciences of the VU University, Amsterdam. He is specialised in postcolonial migration from Indonesia daily life in present day Indonesia, decolonisation of Indonesia and postcolonial commemorations.

When prof. Steijlen started his studies in Anthropology at the University of Amsterdam, the study focused almost exclusively on non-Western countries. However, a Moluccan friend of prof. Steijlen pointed out to him that there were also many non-Western communities in the Netherlands with their own story and cultural background. Through his Moluccan friend and his family history, prof. Steijlen became interested in the Moluccan community in the Netherlands and became involved in Moluccan youth movements. Within these organisations there was a need for more knowledge about Indonesia and the Moluccas, what made prof. Steijlen decide to focus his study on Indonesia, in order to use that knowledge within these organisations. At the end of his studies, he wrote his master thesis (then called ‘doctoraal’) about Moluccan drug addicts and drug aid. By doing this, he connected his political engagement with his academic activities.

Prof. Steijlen considers oral history a key method in historiography. In a multifaceted history, such as that of Indonesia, the Indo-European and Moluccan community, it is important to demonstrate different narratives that exist within these groups. In addition, it creates the opportunity to give voice to people who have been involved in historical events. Therefore, prof. Steijlen is involved in training programs on oral history in the Netherlands and Indonesia, which he sees as one of the important parts of his career. In addition, he points at two publications that he finds important. His book ‘In Nederland gebleven: De geschiedenis van Molukkers 1951-2006’ (with Henk Smeets) published in 2006 and his most recent book, written with three colleagues, Sporen vol betekenis / Meniti Arti published in February 2022, in which he also makes extensive use of oral history.

The Indonesian and Dutch histories are connected and that is why prof. Steijlen thinks it is important that the information the Dutch receive about Indonesia is correct, multi-narrative and that Indo-Europeans, Moluccans and Papuans recognise themselves in the way their history is presented. As a result, he is regularly involved in government and media projects that deal with the representation of Indonesia in Dutch history. He, for example, contributed to the correct content of a video from the NOS on decolonisation. Furthermore prof. Steijlen is member of a committee for the Dutch government that advises how to strengthen the knowledge of the history of the former Dutch East Indies in the Dutch collective memory. Recently prof. Steijlen, together with prof. Marieke Bloembergen and dr. Grace Leksana, developed the Leiden World Walk 'Traces of Indonesia in Leiden' for Leiden2022 in collaboration with LeidenGlobal, which also teaches people interactively about the history of Indonesians in Leiden and the Netherlands.

Prof. Steijlen will retire soon, but will continue to supervise PhD students for a few more years and will be involved in the audio-visual project 'Recording the Future', in which daily life in Indonesia is documented. (An image of this project is part of the LeidenGlobal photo exhibition ‘Crafting Cultures’, that will be opened on May 31st). In addition, he will remain involved in Moluccan initiatives in the Netherlands and Indonesia, but he will gradually reduce his activities to make room for new researchers and activists in the field.

Interview by LeidenGlobal intern Jade
May 2022